What causes a baseball player to suddenly become a force to be reckoned with? How often does are a change in teams a mitigating factor? A change in team chemistry.

I’m watching the Boston Red Sox play a critical game against the New York Yankees as the 2017 season steps into the final month of the marathon season. History tells me that Five and a half games is not enough of a lead with less than thirty games left. A lot can happen in almost a month. It doesn’t take much for a team to go cold and skid while another team starts to boil. I don’t stop worrying until the asterisk is put next to Boston to demonstrate clinching something. Clinch a playoff. Clinch division title. With the current breathing room, focus is on clinching home field advantage.

There is no I in team, but it sure takes the I’s on the team to be the coals or the ice cubes. I’ve always been intrigued on what causes one person to soar with success or fall flat on their face. How much is internal? How much is external? 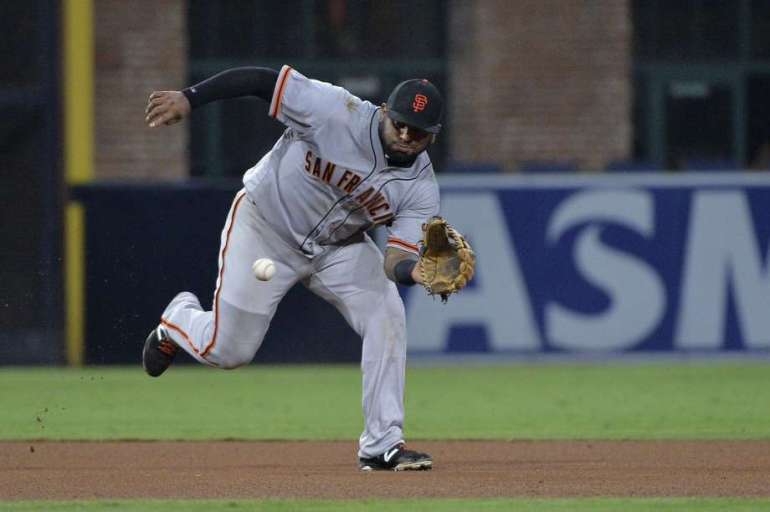 Sometimes a change of teams doesn’t work. Poor Panda never amounted to what was expected of him. I remember watching him hit multiple homers in a World Series as a Giant and when he was shackled with a large contract, he couldn’t produce. I also remember how Boston said they weren’t concern over Pablo Sandoval’s weight, but his playing performance demonstrated that something was wrong. Earlier this year he was designated for assignment, which is the way the baseball world tells a player that they are fired, perhaps done with their career.

Yet, when Pablo was sent on his way, his bags bulging with the money the Red Sox had to continue paying him, and he was quickly taken back under the wings of the Giants organization. San Francisco was desperate and had nothing to lose since they had been holding a fire sale, which is how the Red Sox landed Eduardo Nunez.

I have no animosity towards Pablo and only wish the guy success, which he has found again and hopefully can sustain it. I’m guessing that the Red Sox are still paying him even though he’s playing on the other side of the continent. In a way San Francisco isn’t paying him much to play, so maybe that’s why Pablo is playing better. Or maybe it’s the atmosphere, the nothing on the line mood.

How much of Pablo’s ineffectiveness had to do with Pablo and the town. I have heard how hard it is to play in Boston. The fans and the media expect a lot and what have you done recently for the team is the most important thing. What you did two months ago isn’t as important. Nostalgia plays a big role in Boston baseball lore, but productivity is the key element, the only currency that matters.

Now if Pablo went to the Yankees, I’d be singing a different tune.

Usually I bellyache about Red Sox players going to the Yankees. Red Sox nation collectively give those players a hard time. How much I loved the guy that played for Oregon State University right before coming to Boston. There are not many native Oregonian playing in the MLB. Not being able to remember

Jacoby Ellsbury’s name is a sign that he crossed over the line. No, I will never be able to hate such a good guy, but I was extremely disappointed that he became a Yankee. He’s another that has been good in his transition to pin stripes, but hasn’t been sensational enough to propel the team to winning a World Series, and I wouldn’t be surprised if Jacoby McCabe Ellsbury is getting to the end of his career. His shift from Boston to New York might even impact his election to the Hall of Fame. 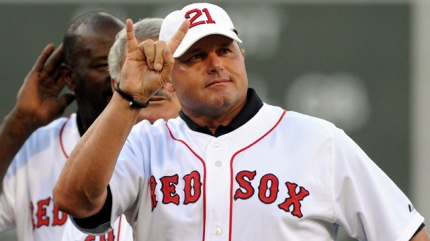 Roger Clemens was probably the first Red Sox to cross the Boston-New York Barrier that I took as a personal insult. Even if I hadn’t played softball with his sister, I would have seen Roger as a traitor. He was twenty-two when he started with the Red Sox and for twelve years he lit up the scoreboard. Beyond Phenomenal. And then Boston lost interest in paying him what other teams were willing to pay; he went on to play for another dozen years and so it took a while for Red Sox Nation to forgive Roger from being a traitor, though if he stuck with the Chicago White Sox, he probably wouldn’t have been booed as much when returning to Fenway Park. Twelve years was more than enough for Boston to retire his number.

I hadn’t realized that Eduardo Nunez had been a Yankee before coming over to Boston from San Francisco. Perhaps his stint in San Francisco caused me to forget he was ever in New York or perhaps he didn’t set off any fireworks while he was in New York. It’s not like I pay the New York players much attention.

Nunez at thirty has been in the system since 2004 when the Yankees drafted him. He spent six years in the minor leagues, which automatically shows his grit and determination. I imagine that not too many seventeen-year-olds walk the professional paths and wonder how young Nunez was when eyes started following his career. Are there scouts that hunker down in countries like the Dominican Republic ready to snatch young players.

Eduardo Michelle Núñez Méndez must have shown brilliance as the Yankees held onto him for four more years, but was finally designated for assignment, which is the baseball way of saying you are fired. Inconsistency shadowed Nunez.

Eyes connected to the Minnesota Twins organization caused a trade. New York probably thought that they got the better part of the trade, but it was this trade that caused Eduardo to have a breakout year and made the all-star team.

So, it’s not like the Red Sox didn’t know that Eduardo had the capability, but during his short time with the Giants, he was just starting to heat up before the Giants traded him.

Somehow the Boston team has fanned the coals and Eduardo is surprising us, as well as the media, with his unexpected power.

There are so many individual stories of players doing the “I can’t believe they are doing this” right now. Pomeranz is a trade that’s taken a couple of years before the roots of success have taken hold, but right now at this time of the season, he’s surpassing all expectations. It does help that he’s healthy. Health and Team chemistry go well together.

Youth may have a lot to do with the Red Sox team chemistry. They are loaded with young players that have a lot of self-confidence. 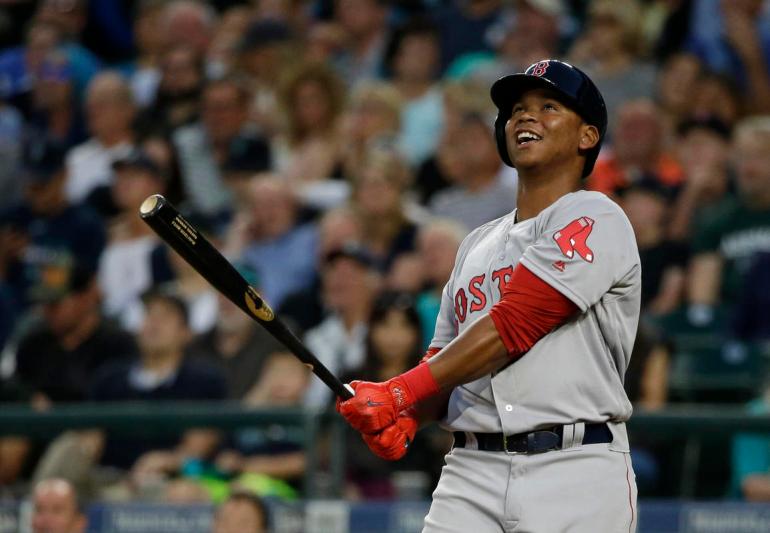 Devers is a great example of someone who has been an expected surprise. There were many reasons why Rafael Calcano Devers didn’t spend much time in the minors; for a twenty-year-old to do so much in such a short time. On July 25th, Devers made his debut. It the month and a handful of days, he’s only slumped just recently. He’s been linked to so many firsts. I try to avoid cliche’s, but just looking at Dever’s face, it’s easy to see Spark Plug written all over that large smile. He smiles all the time. That and blowing bubbles.

It’s hard to say how much impact that Nunez has had on Devers, a fellow Dominican Republican, or visa versa. But both of them are experiencing a nice slice of confidence and productivity that’s helping to carry the Red Sox to the finish line.

First round pick of 2015 was another that didn’t spend much time in the minors. There may have been an injury that caused the call up, but since Boston was in contention, it was all the more surprising that Andrew made an immediate impact.

It shouldn’t have been a surprise at all as Andrew Sebastian Benintendi has never experienced failure. In his senior year at  Madeira High School in a small town of Ohio, he was named he Ohio player of the year.

The Cincinnati Reds tried to lure him away from college in 2013 drafting him in the 31st round. He stayed in Arizona and did well in the SEC conference.

The Red Sox drafted him seventh overall, but immediately became one of the top prospects and went through the levels quickly.

From the look of Andrew’s productivity last year, he was a favorite pick for Rookie of the Year, but no one last year had seen Aaron Judge lurking in the shadows. Judge wasn’t on anyways radar for Rookie of the Year until this season started, and Judge probably still holds the number of the most homers hit this year by anyone. (What caused his turnaround will have to be another story.)

I’d love to know what causes a player to suddenly see the ball or do the things that causes jaws to drop, the phenomenal streaks, though that reminds me of Rick Porcello that all of a sudden, was mowing down batters on his way to his first Cy Young award from last year. Nothing spectacular before the 2016 season and only recently has he shown that ability.

In baseball, and perhaps life in general if you are into metaphors, it’s a game of haves and have nots. What looks easy one day, is impossible the next day. Perhaps I better stop writing about Devers as he’s not having a very good game against the Yankees today.